About Our Rivers Northern Ireland

The Our Rivers NI campaign aims to focus attention on the condition of rivers in Northern Ireland at a time when they need it most.

The campaign is driven by the Freshwater Taskforce who are a group of organisations working together to ensure that Northern Ireland preserves and improves our rivers, lakes and wetlands by encouraging government and wider society to adopt a sustainable approach to water management.

The Our Rivers NI campaign was set up in 2010 when the Northern Ireland Environment Agency began to implement River Basin Management Plans. These plans are required under European legislation called the Water Framework Directive. They set out how the water quality in all of our rivers, lakes and wetlands will be improved by 2015. The campaign was used to encourage and provide a way for the public to share information and knowledge about their local rivers that would inform the government’s plans.

As these plans are rolled out, the Our Rivers NI campaign wants you to act to help protect your local river for future generations and ensure that plans for managing our cherished rivers are put into practice. 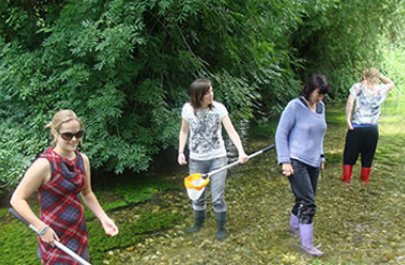