Northern Ireland: No Funds For Rivers 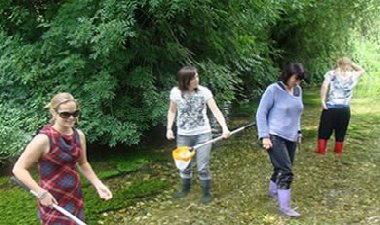 In England and Wales, the Department for the Environment, Food and Rural Affairs (DEFRA) has invested £110m to improve rivers, streams and water bodies. Yet in Northern Ireland, no such investment has been set aside to help improve the quality of our inland waterways. This is in spite of the fact that in 2005, an assessment conducted by NIEA revealed that 90% of water bodies were ‘at risk’ of not meeting European standards in 2015.

Less than 30% of our freshwater bodies in Northern Ireland currently achieve the ‘Good Quality Status’ standard set by Europe for 2015 under the Water Framework Directive. The Northern Ireland Environment Agency plans to improve just 36% over the next 4 years. However, funding for the next financial year has not been secured and in future will rely on the proposed plastic bag levy, which will not provide a secure revenue stream. In contrast, England and Wales has set aside £110million for a 5% improvement in water quality by 2015.

A report commissioned by the NIEA as part of the Water Framework Directive process revealed that investment in our rivers would provide good value for money. A spend of £12.2 million to implement the additional measures NIEA have proposed to achieve a 36% improvement in water quality would unleash benefits amounting to at least £30.1million.

Benefits of better water quality come in the form of, for example, reduced costs for treating our water for consumption, provision of healthy habitats for wildlife and increased revenue from tourism. Given that tourism generates around £783 million a year and is on a par with agriculture as one of Northern Ireland’s top industries (NIHF, 2007), protecting rivers and lakes for angling, canoeing and other recreational activities is vital.

The Freshwater Taskforce is concerned that a lack of secure investment to support on-the-ground action threatens what is arguably our most important habitat. Comparable investment to that available in England and Wales is needed in Northern Ireland in order to fully investigate the reasons for the decline of many freshwater ecosystems; for more vigorous enforcement of regulations; and to support community action to unleash local knowledge, resources and create a sustainable framework for future river management.